How it all started….

It all started one morning when I received a text from Sarah “ I want a donkey !”, not thinking too much about it I just replied “Ok darling !”. A few hours went by and Sarah had been very quiet on the texting front until I received “ Welfare Officer from the Donkey Sanctuary is coming next week and by the way I said we would foster 4 donkeys !!!!”

A few months later and “The Boys” arrived…

This was only the beginning.. a few months later Sarah wanted more donkeys, so we contacted the Donkey Sanctuary again and they had another group of donkeys that needed fostering so they made the long trip up from Devon to South Norfolk. 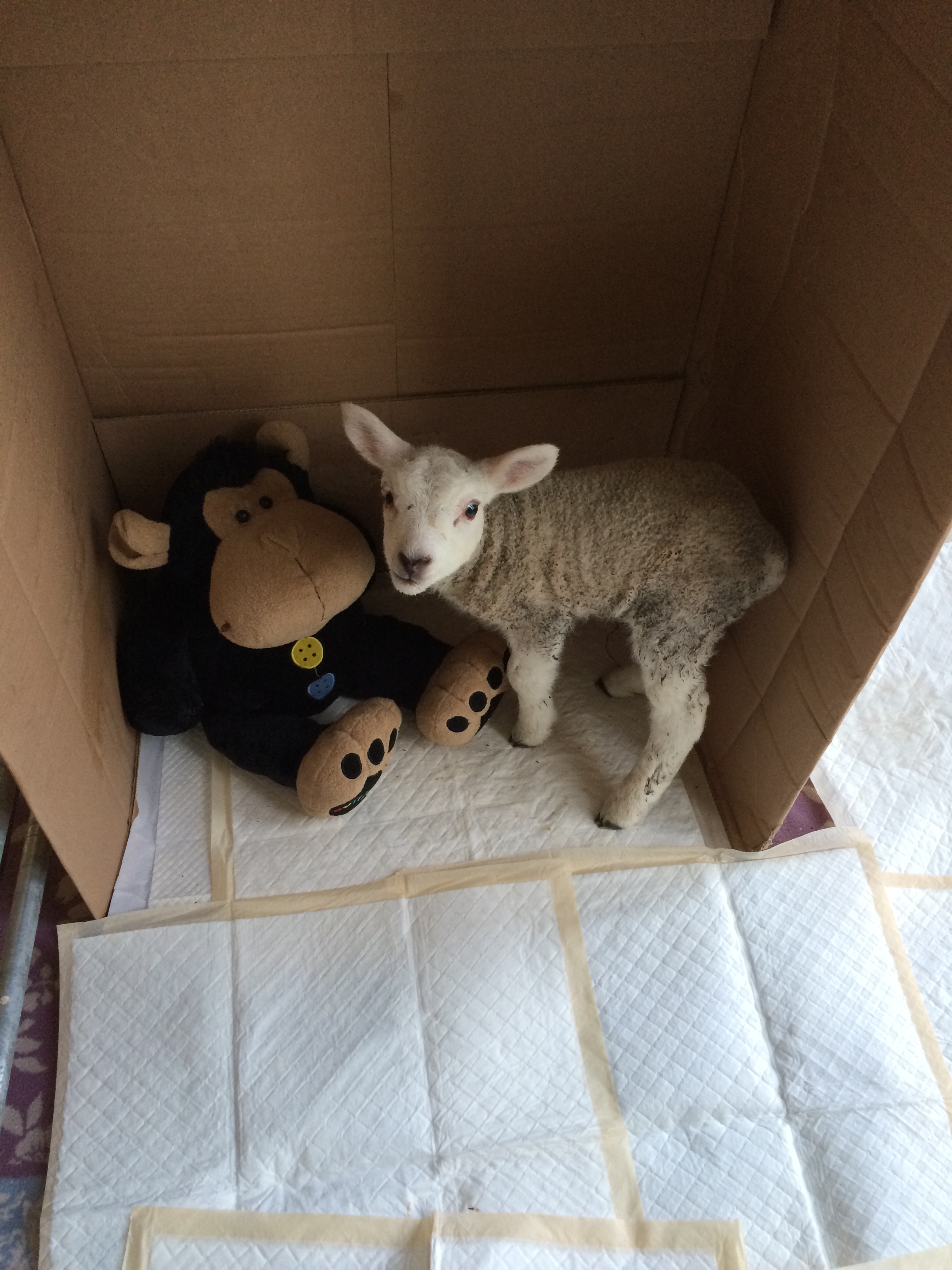 The following spring we were having some fencing work carried out and our fencing contractor happened to mention to us that he had 3 orphan lambs who he was bottle feeding at the time who needed a new home…..

Yes you guessed it we were now the proud owners of 3 lambs and it was at this point that I decided we should expand the flock and introduce different breeds and breed our own lamb for the table.

Our first year of lambing was a terrifying yet rewarding experience. One morning I got up early to go and check the sheep, to my horror it appeared we had had a fox attack during the night, one lamb was missing and another had suffered bites and now the mother was rejecting him. I scooped him up and took him back to the house and presented him to Sarah who was still fast asleep in bed !

Sarah immediately jumped into action and “Bug” had his on little house set up in Sarah’s office for the next two weeks !! With bottle feeds every few hours and lovely underfloor heating Bug recovered well and was returned to the flock.

It was not long after the fox attack and whilst on an outing with father in law we arrived at a small farm to collect some digger buckets, we were greeted by 3 very inquisitive alpacas. Knowing that alpacas were such good guard animals we jokingly asked whether they were for sale along with the digger buckets. It so happened the owners were downsizing. The deal was done and a week later Coco, Twitch and Elvis arrived. 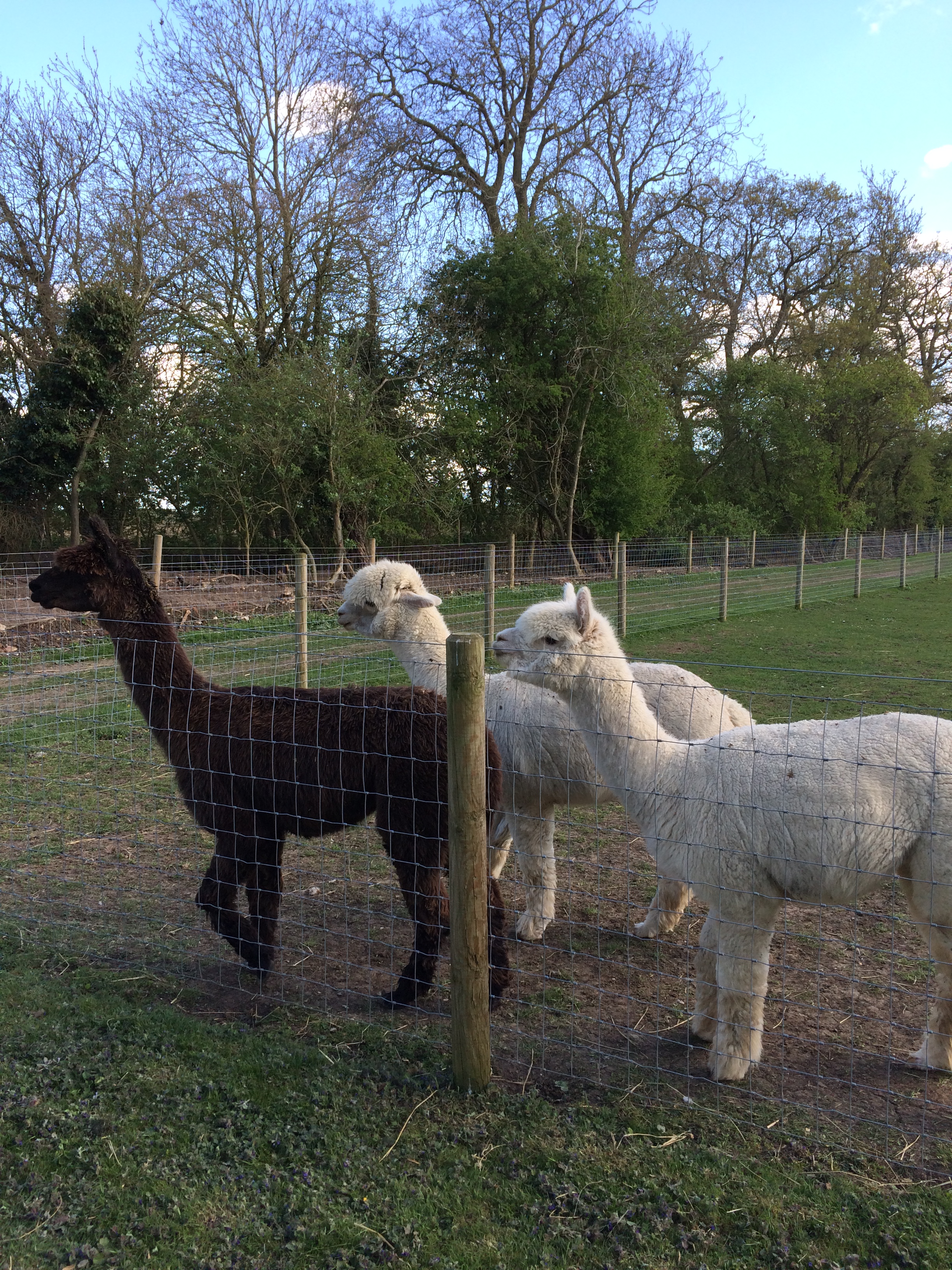 So the paddocks were filling up nicely with donkeys, alpacas and sheep and then it dawned on us that we had a lovely wooded area which would be ideally suited to pigs, so along came some weaners…

Who turned out to be the naughtiest pigs we have ever owned ! This is me bringing them back from the next village ! 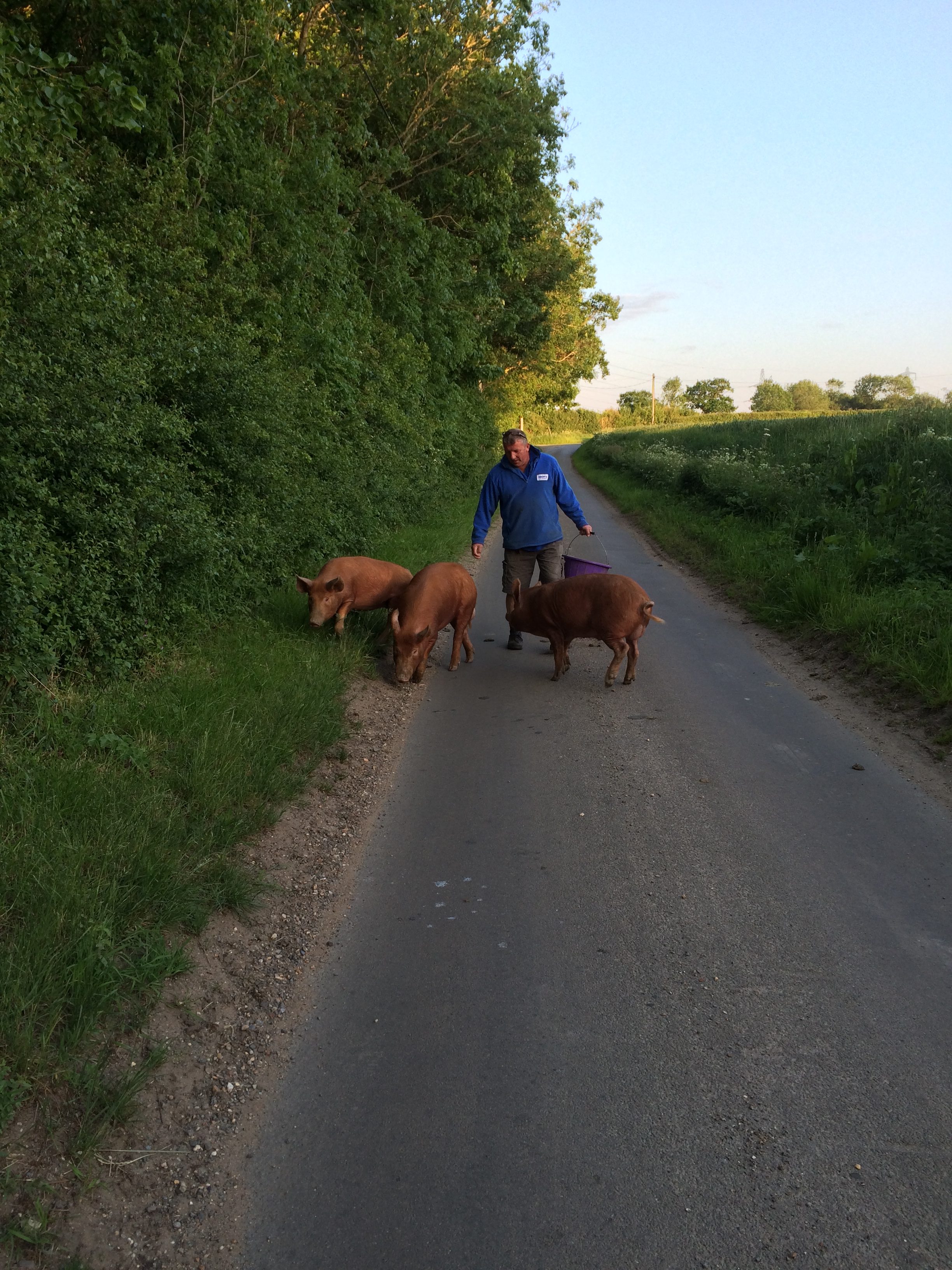 Now you may be thinking that Sarah is very content with her 7 donkeys as there has been no mention of her wanting anymore.. well I’m sorry to say you are all wrong.

Sarah received a phone call about a lovely Miniature Mediterranean gelding called Buckaroo who was for sale from a renowned breeder. Sarah went to view him with a friend and immediately fell in love with him. A week later both Sarah and I headed off to collect him. 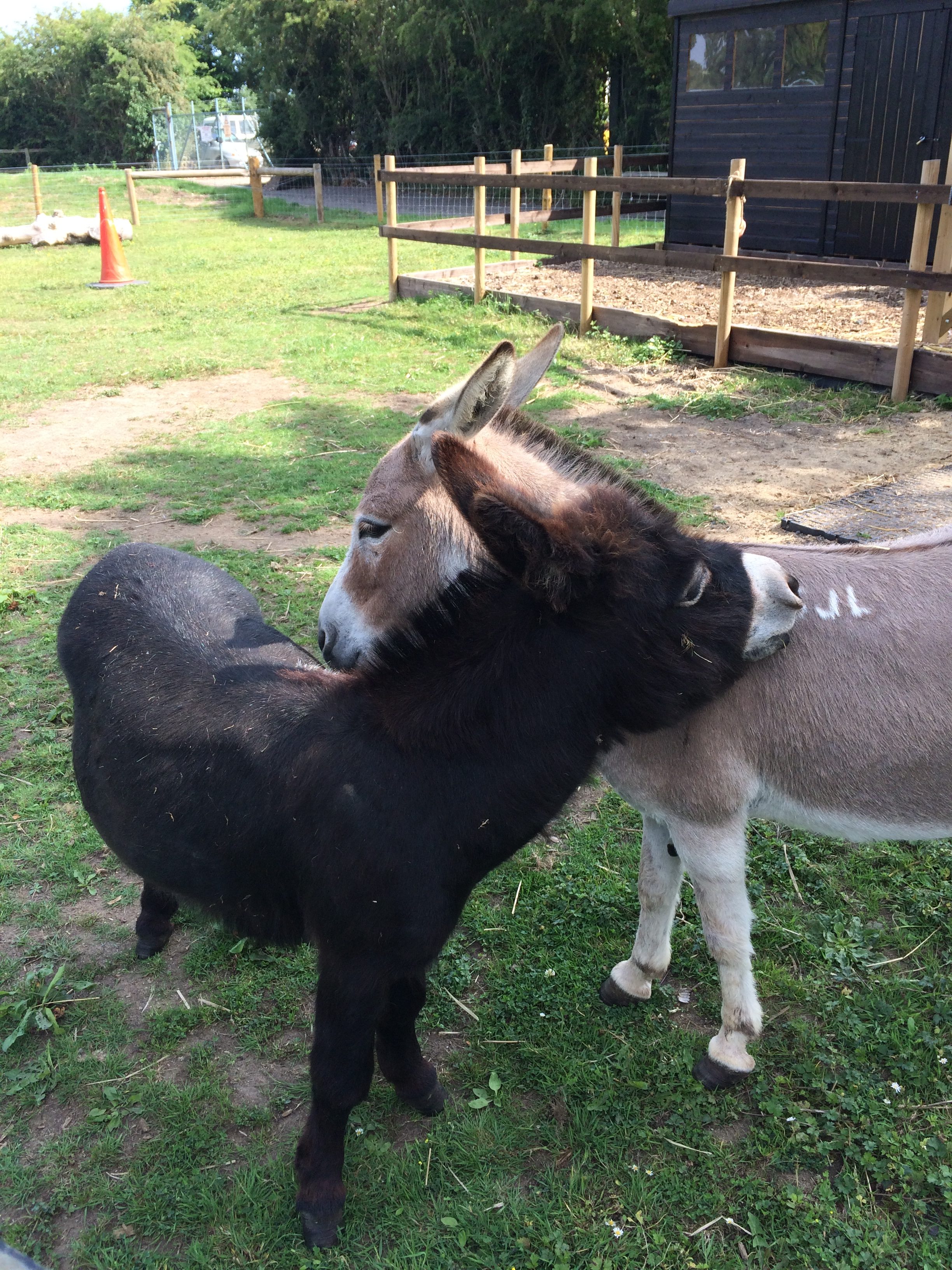 When we arrived we were greeted by 20 or so miniature donkeys and it was at this point I said to Sarah “you can’t just have one, Buckaroo needs to have a friend”. A short while later Buckaroo and Callista were loaded on to the trailer.

And then there was the phone call about the rare breed French Poitou foal for sale….. welcome Freddie Bear !!! 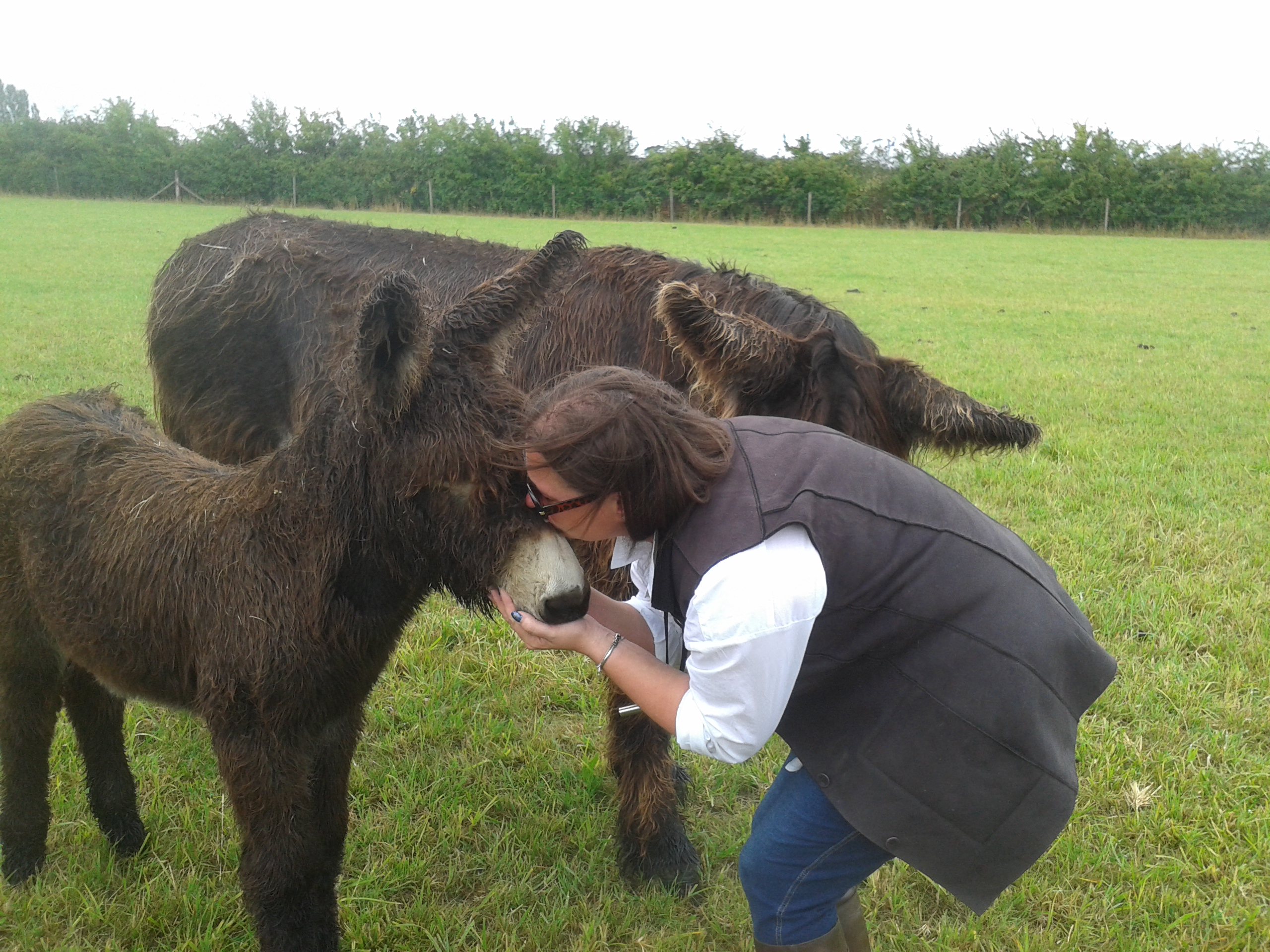 In 2015 we realised that we needed more land and outbuildings so the search was on for the perfect smallholding. This was a feat in itself but in February 2016 we found the one, Wyvern Farm, a beautiful smallholding in the heart of the Norfolk countryside. 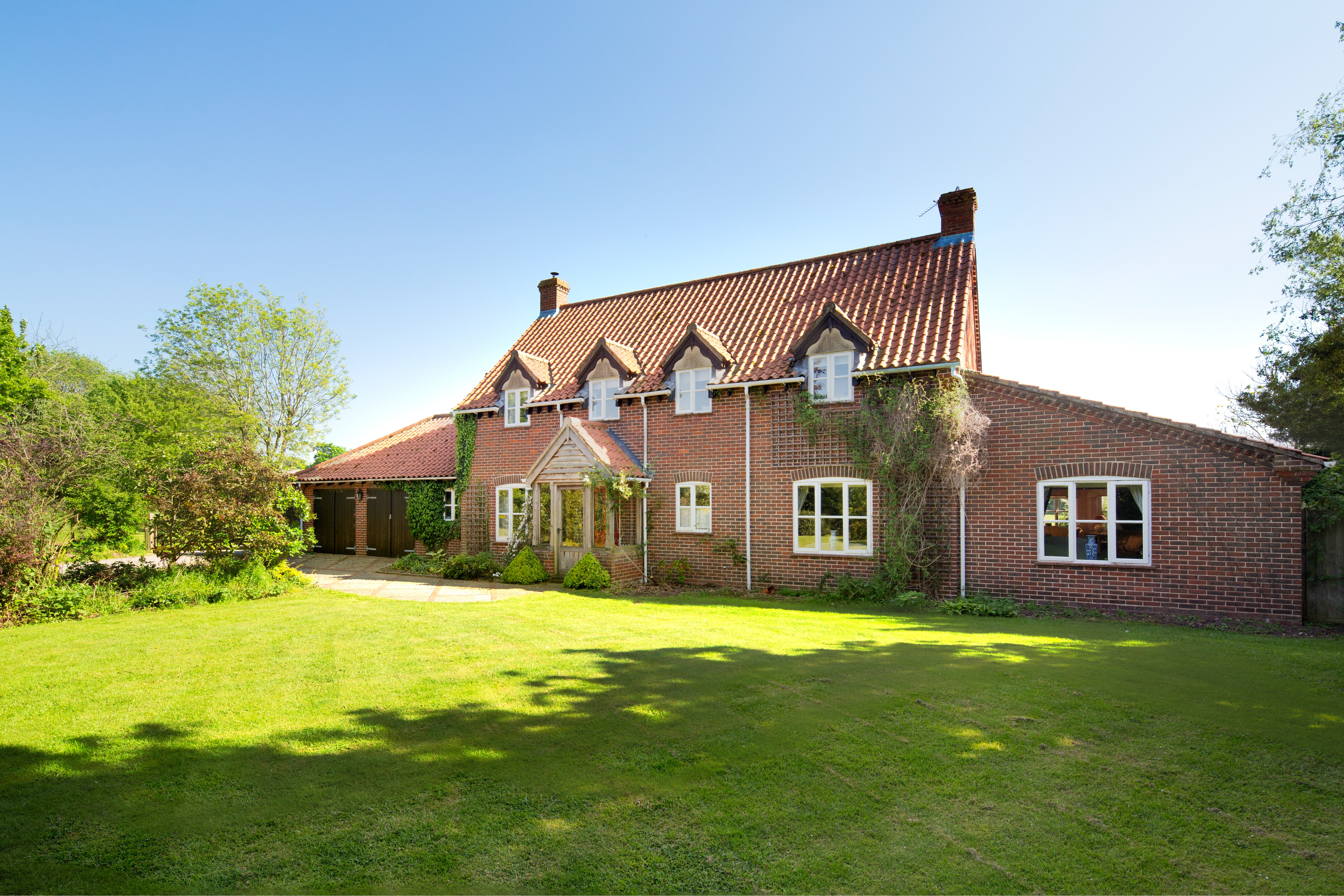